On Monday 12th December my friend and collaborator Dr Petra Vertes and I were honoured in a list of 100 Global Thinkers by Foreign Policy magazine.

Here’s what they said about us:

Mental illness often appears in adolescence. British scientists Petra Vertes and Kirstie Whitaker have found clues as to why in MRI scans. They examined some 300 young brains, noting that the “hubs” that connect different regions of the brain are still changing during the teenage years. Vertes and Whitaker then consulted the Allen Brain Atlas, which maps regions of the brain by gene expression, and found that the areas where the MRIs revealed the most change were those where genes linked to schizophrenia had the strongest expression. The discovery may prove an essential building block for future health research. “Knowing what happens in the run-up to the emergence of mental health disorders gives us the chance to build interventions and treatments that might prevent them in the future,” Whitaker told ScienceNode. (Photos courtesy of Petra Vertes and Kristie Whitaker)

It’s an incredible honour to be acknowledged for our work, but I do want to make something super clear: we didn’t do this on our own. You can see from the author list of our paper, published in the Proceedings of National Academy of Sciences this summer, that there are a whole bunch of colleagues who worked with us!

The NSPN Consortium on that author list is particularly important to me. It’s difficult to know who “contributed enough” to a scholarly work to warrant authorship, but with the consortium list we’re able to name all the research assistants, admin staff, graduate students and fellow researchers and acknowledge that good ideas come from a ton of hard work and wide ranging conversations.

The other folk to acknowledge are the Allen Institute for Brain Science who make all their amazing data openly available for anyone to use, and the 300 Neuroscience in Psychiatry Network participants who came in for brain scans. THANK YOU!

You can find out a little more about our work in this lovely Data Story from the Allen Institute.

Petra and I had tonnes of fun in DC. We were part of a round table discussion on the “three biggest problems facing the next president”. We discussed challenges related to demographics, economics and security.

The schedule for our Global Thinkers brainstorming session.

You’ll see from the pictures below that we were all in a circle. The Foreign Policy CEO David Rothkopf really emphasised his desire for a diversity of thought in the discussion.

We had a catchbox that meant as many people as possible were able to speak, Washington locals and global thinkers alike. 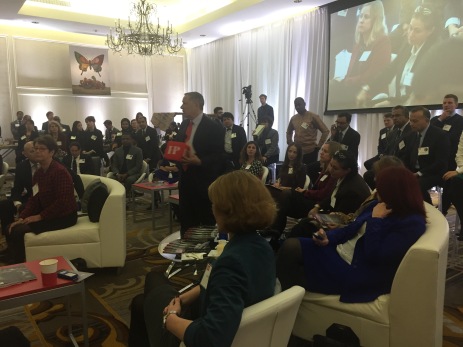 Brainstorming the challenges that will be faced by the incoming US presidential administration.

And then of course, there was the actual awards ceremony. Here are two pictures I’ve stolen from Michael S Smith II who was included in the list for his work “bridging the government-hacker divide”. (So. Great. His work reminded me of that done by the awesome Mozilla Open Web fellows.)

On stage listening to all the incredible thinkers describing their work. Picture credit: Michael S Smith II via Twitter

I can not recommend to you more strongly to read through the 2016 100 Global Thinkers list. Everyone on there is a truly exceptional person doing such good in the world.

The list is very well balanced for gender, and there are a large number of thinkers who people of colour. There’s also a good representation of people who live and work outside of the USA. This wasn’t a coincidence. In his address, the CEO and editor of Foreign Policy, David Rothkopf, pointed out that ensuring there were great women on the list was a priority. His point, and I agree, is that this change won’t happen without conscious effort.

On that point, I want to highlight something that was really special. Foreign Policy flew Petra’s husband, Naaman, and 6 month old son, Noah, out to Washington DC to make sure that she was able to attend the event. 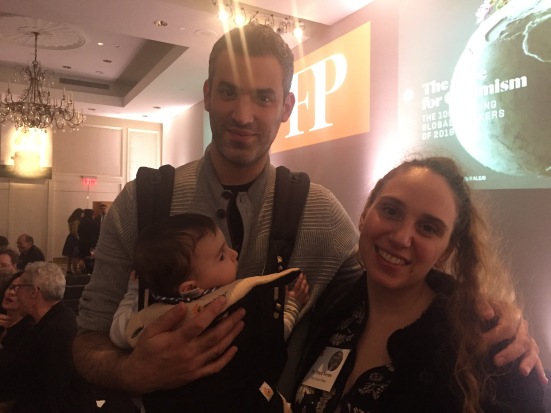 Foreign Policy put their money where their mouth is by ensuring that new mum Petra was able to attend the event. They flew her husband and 6 month old son out to Washington DC.

Our paper came out just a few weeks after Noah was born and so Petra has been on maternity leave for all the publicity and media attention that it garnered. She’s having fun with her amazing son, but she’s also missing out on some of the credit that she should receive. For example, in a perfect world the interview with the Allen Institute above would have been with Petra as linking the MRI to genetics and Allen Institute data was her work.

I’m so glad that Petra and I were able to celebrate together. And I’m still overwhelmed that our work was recognised in such a positive way. Here’s hoping the Neuroscience in Psychiatry Network team, and other researchers around the world, can continue to understand the emergence of mental health disorders and make a difference in the lives of young people at risk around the world. 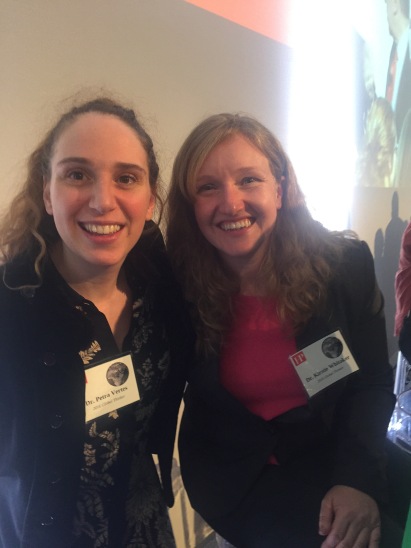